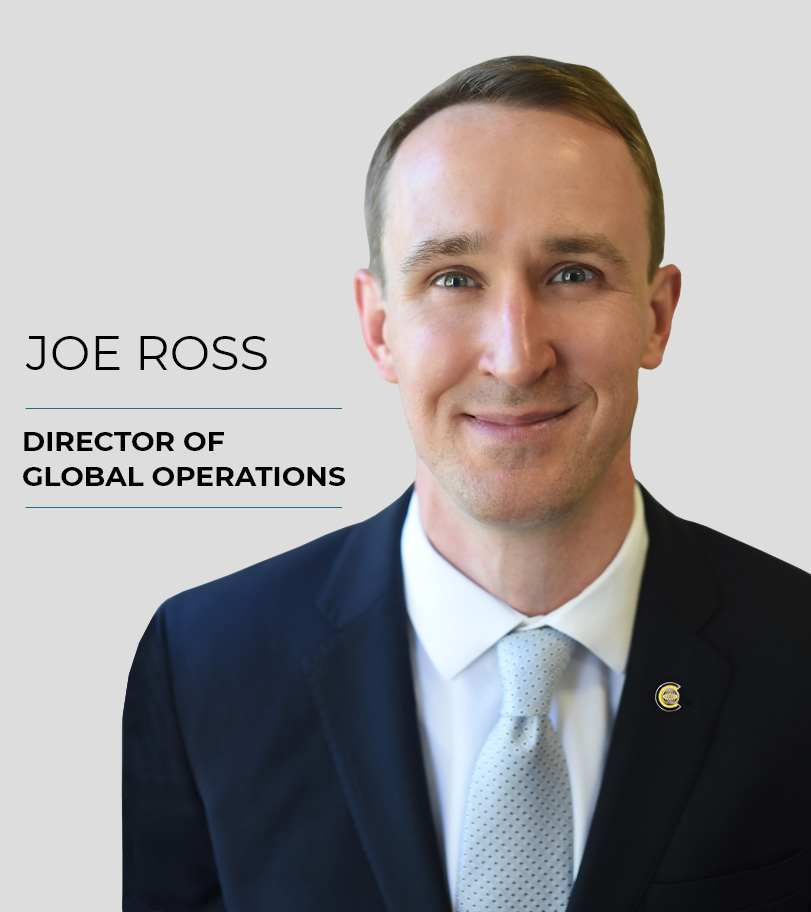 Joe Ross joined Corporate Connections Global as the Director of Global Operations in January of 2020. Previously, Joe was a Regional Director for our sister company, BNI Global, where he led the seven regions encompassing BNI Southeast. Additionally, Joe has an extensive background in franchising including 2.5 years of refreshing the BNI USA Franchise Development Department. Joe is excited to bring his operations, franchise development and service focused mentality into his new role. One of Joe’s primary goals is to galvanize the support team around simple, impactful initiatives.

Outside the office, Joe is a booster and advisory council member for an organization that promotes recreational opportunities, socialization and life skills for those with cognitive disabilities called Camp Blue Skies. Joe earned a Bachelor’s in Business Administration from Seattle University and was an inaugural member of the company’s Global Leadership Program.